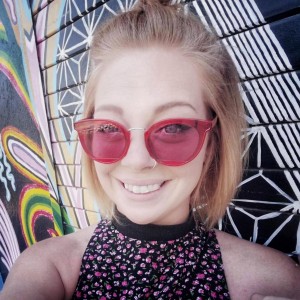 What is khao soi?

Khao soi is the culinary pride of Chiang Mai, Thailand. A great bowl of khao soi noodles is chewy, crunchy and full of flavours found only in the Golden Triangle. Khao soi is a dense broth made of yellow curry paste, coconut cream and smokey black cardamom. The broth is served with noodles and chicken legs stewed from the soup mixture. The bone-in richness of “Khao Soi Gai” is a one pot perfection when finished with the right amount of coconut cream.

Khao soi always includes a crunchy topping of fried egg noodles and chilli. The textural distinction of Khao soi is what sets this bowl apart from any other Thai curry dishes. In fact, it’s not a “curry” at all. Half stew, Half noodle soup.

This northern Thai delicacy is one-hundred percent delicious in all forms. Variations of the classic have evolved over the years. A popular beef version and some restaurants offering vegetarian options are among what can be found in the region.

But what makes khao soi so good it’s written about on every Chiang Mai food blog?

The crown jewel of Chiang Mai Cuisine is unique in both flavor and composition. Let’s take a closer look at what makes this dish so unforgettable.

The bowl. Chewy, golden chinese-style egg noodles are rarely found in traditional Thai cooking. The silky egg noodles are heavier and chewier than Thai rice noodles. These noodles have more body to transport the lighter stew from bowl to mouth. Egg noodles are also less prone to over cooking so they keep their toothsome chew when served in the broth.

The broth. This is where you experience the taste of Chiang mai and the influence of Thailand’s northern borders. It could be debated; Is Khao soi Burmese? Laotian? But we aren’t here to discuss the history of khao soi, only what makes it delicious. In Chiang Mai, food is herbaceous, smokey and less sweet than in the south. The spice mixtures used in the northern provinces of Thailand are most similar to the flavor profiles used in Myanmar. Burmese food has adopted many of the same cooking techniques and spice masalas used in India. While both Thai food and Indian food use curry copiously, they are fathoms different in flavor. Think of Burmese cuisine as the middle ground. Bold masala spice from Burma balanced with the delicate sweetness of  Thai-style coconut cream. That’s what you should taste in a well balanced Khao soi broth.

The pièce de résistance. Without the crispy fried egg noodles khao soi would be a sad sort-of Laska. While the size, shape and portion may vary between vendors; no khao soi would be complete without it. Tangy pickled greens, shallots, fish sauce, lime wedges, coriander and extra chillies are served as a side dish (or bag if you eat in the street). The nest of noodles provides an island for extra flavor customization. Very rarely will a garnish get so much cred.

It’s no secret Chiang Mai has limitless options to choose from, so we ate khao soi consecutively for 14 days (sometimes twice) in search of the best. These are our top 5 best khao soi restaurants in Chiang Mai.

I stumbled upon this 70-year-old legend on an aimless early morning wander through Chiang Mai. As luck would have it – this bowl of noodles became the most unforgettable meal I’ve ever had in Thailand.

Spicy-sweet broth, always al dente eggs noodles and garnish goals make Khao Soi Lam Duan Fah Ham worth travelling for. The depth and spice of the oily red soup are an expert level balancing act to which fresh Coconut cream is added. Unlike other versions where coconut cream simmers with the broth for hours, this addition comes last. This variation also lets you have the final say in the taste and texture of your Khao Soi. Like adding cream to your morning coffee, everybody has a preference – Lam Duan Fah Ham lets you choose. Also, coconut cream is delicate and over cooking can cause it to lose its sweet, nutty flavour. Well played, Lamduan!

Located on the Ping River near Wat Fa Ham temple. The humble exterior of Lam Duan Fah Ham might not suggest its nearly century old reputation. Locals and tourists agree without question this is the best Khao Soi in Chiang Mai if you’re picky about noodles and like your Khao Soi dense, spicy and salty. Lam Duan Fah Ham might boast the best Khao soi in the world, and word is spreading. The daughter of founder Auntie Lamduan recently Opened a second location a few minutes north of Chatuchak Market in Bangkok. Proof good news and good food travel – do not miss this famous family recipe!

Khao Soi Mae Manee opened in 1984 serving various noodle dishes. Over time, this humble noodle shop has evolved into a multi-award winning, Michelin-recognized, humble, khao soi hotspot. Claiming to serve “the most flavorful bowl of Khao Soi in Chiang Mai”, Mae Manee specializes in “khao soi neua”, a beef variation. With so much popularity, Mae Manee has opened a second location serving the same family recipes. Both locations are a short 10-20 minute drive outside the Old City and well worth a special trip.

Come for the Hainanese chicken rice and stay for the Khao Soi. Wait, what? That’s right, poached “khao man gai”  (the Thai word for Hainanese chicken) served up alongside handfuls of khao soi noodles in the thick, oily curry broth we know and love. Sirichai takes a top spot serving up one of the most genius variations of khao soi gai we’ve ever heard of. If you’re a stickler for the classics, a traditional version is also available. We recommend the remix and saving room for chicken rice!

You can find Khao Soi Sirichai in the center of the Old City a block east of the Three Kings Monument. You’re welcome.

This popular spot is located inside the Old City on the Northern wall. The sign is only in Thai so keep an eye out for the green tarps tucked between two temples.

The best khao soi almost always includes a low plastic stool and is only available until the mid afternoon. Some might say sitting sweaty on the sidewalk slurping noodles has a romance of its own. Dash! Is NOT that.

With its traditional teak interior, live music and balconies overlooking the garden terrace. Dash! may not be what you think of when you’re in need of a mind-blowing bowl of noodles.

However, the mother-son team at Dash! have gained a reputation for their exceptional service and you guessed it, Khao soi.

Ambiance abound, Dash! Is located in the heart of Chiang Mai only a few blocks from Thapae Gate and open late! Get there early or you might have to wait to try one of the best restaurants Chiang Mai has to offer.

Chiang Mai and Thailand’s rural border villages are the home and birthplace of khao soi. Served and celebrated by street carts and fine dining rooms everywhere there’s no difficulty finding this delicious delicacy. Nowhere offers a higher concentration of varieties to choose from. To become a khao soi connoisseur, stroll down any street in Chiang Mai, find a low stool and deep dive into the region’s signature dish. It might be the best thing you’ve ever eaten.

Could you eat khao soi everyday? Khao soi lovers let us know your favorite place to eat khao soi in the comments below.